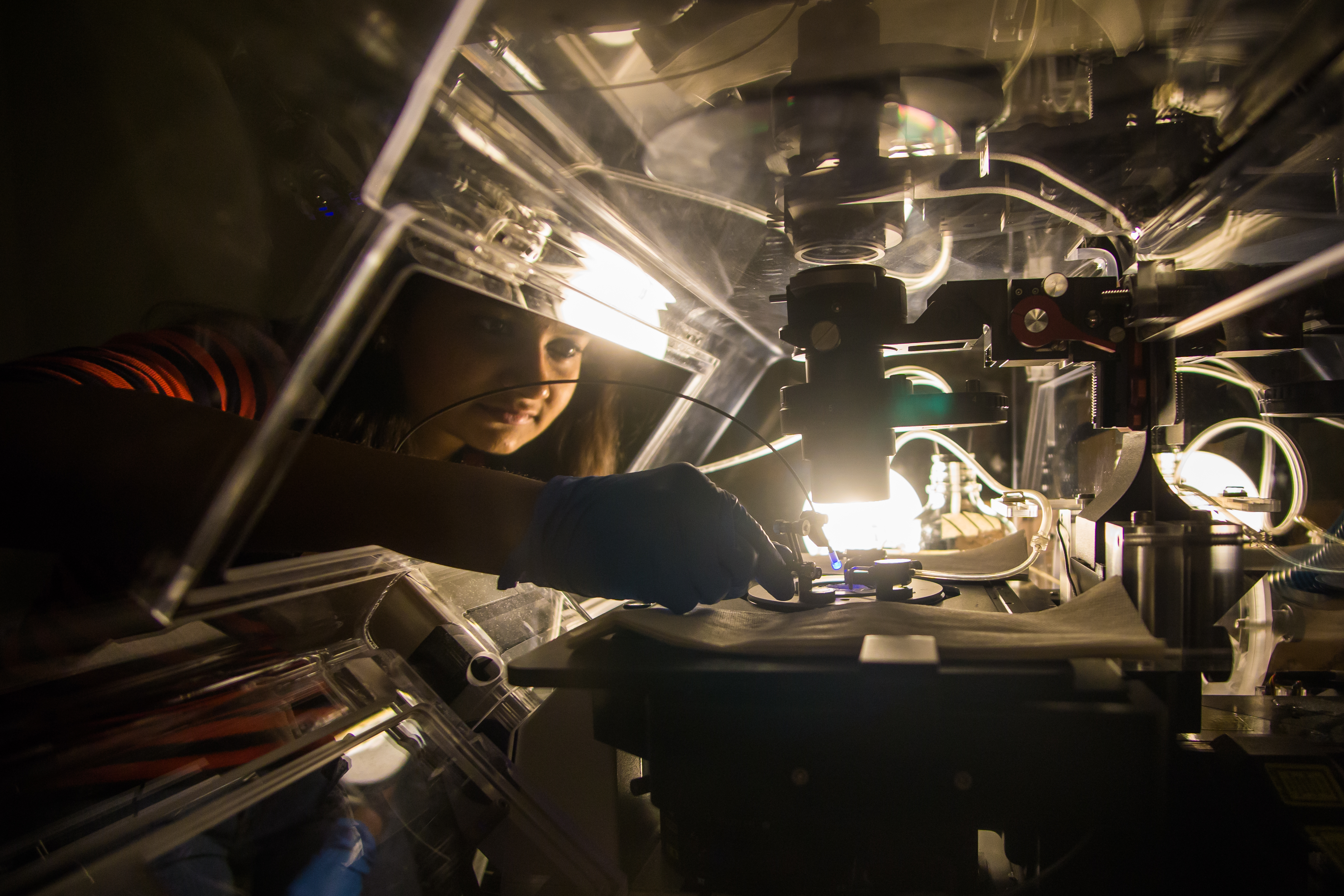 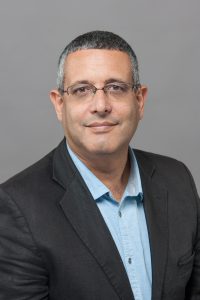 Dr. Jorge Riera obtained a B.S. in Physics at the University of Havana in 1988. During 1995-1998, he was selected “Junior Associate” of the International Centre for Theoretical Physics, Trieste (Italy), where he completed the required credits for a master degree in biophysics. In 1999, he received the Ph.D. degree in Physics from the University of Havana with a dissertation entitled, “Brain Electric Tomography: the Solution of EEG/MEG Forward and Inverse Problems based on a New Approach.” Part of his Ph.D. thesis was completed at the Pitie-Salpetriere Hospital in Paris. Dr. Riera’s first postdoctoral term was at RIKEN Brain Science Institute (Japan), where he developed mathematical methods to study deep brain sources from single-trial magnetoencephalography (MEG). His second postdoctoral term was at Tohoku University (Japan), where he worked on the elucidation of the physiological foundations of functional magnetic resonance imaging (fMRI) and near infrared spectroscopy (NIRS) data. In 2004, he was appointed associate professor in Tohoku University. Dr. Riera’s main scientific interest is to develop method for the integration of neuroimaging multimodalities based on modeling mesoscopic phenomena in the cerebral cortex. With a substantial start-up package, Dr. Riera recruited a multidisciplinary group of researchers and acquired avant-garde equipment for functional neuroimaging in small animals (e.g., 7T Bruker Pharmanscan, high-density electrophysiological systems and multiphoton microscopy). From 2006-2011, his research was extensively funded by the Japan Society for the Promotion of Science, the Telecommunications Advancement Organization of Japan and the Japan Science and Technology agency. In 2011, he joined Florida International University (FIU), first as Visiting Professor and later (June 2012) as Associate Professor of the Department of Biomedical Engineering. For the past ~8 years he has directed the Neuronal Mass Dynamics (NMD) lab. He has also been appointed by the Honor College, the Herbert Wertheim College of Medicine and the STEM Transformation Institute. Dr. Riera’s research is focused on developing strategies to integrate different modalities of brain imaging for the understanding of multicellular signaling in the neocortex. His early work has been essential to understand the mechanisms of genesis of EEG and fMRI-BOLD signals in the brain. Based first on data from humans and later from rodents, his team has developed biophysical models of cortical microcircuits and neurovascular/metabolic coupling. These models underlie US-patented methods to study multi-scale cellular dynamics using brain imaging and electrophysiological techniques. Of particular interest is the development of pre-clinical rodent models to study epilepsy, migraine and dementia by means of brain mapping. Dr. Riera has been working with the Nicklaus Children Hospital and the Miller School Medicine at UM for the translation of his animal studies into clinical practice to improve surgical outcomes in epilepsy. In his laboratory, two groundbreaking techniques have been developed in collaboration with and commercialized by industrial partners: a) an EEG mini-cap (Cortech Solution) and b) a 3D microelectrode array (Neuronexus Tech.). Dr. Riera’s work at FIU has been funded by NSF and NIH. 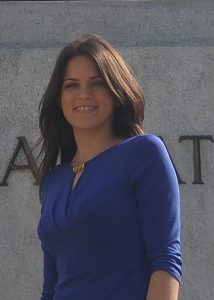 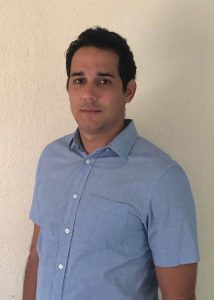 “My research is headed toward the understanding of neurovascular and neurometabolic coupling phenomena. The interrelation between the excitability of neurons and changes in the hemodynamic response functions (HRFs) of brain microvaculature is key to functional brain imaging. Modeling and interpreting HRFs will lead to the understanding brain functions in normal and pathological conditions” 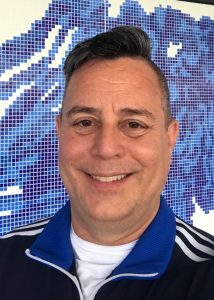 “As I advance towards my PhD at the Neuronal Mass Dynamics Laboratory with Dr. Riera, I will support the development of simplified multi-layer neuronal models of the brain microcircuitry’s functionality during top-down control of cortical processing involved in higher cognitive functions of primates. As I develop computational tools that assist in the refinement of these models, there will be a many-sided impact mainly in the study of biophysical and multiscale modeling, understanding of cognitive and control functions and coordination and adaptation between humans and devices based on brain-computer interfaces. I also intend to apply what I learn to advance in the direction of improving existing Machine Learning and Deep Learning paradigms. This last idea is not new, but it never gets old.” 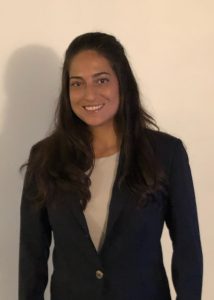 “My research will focus on exploring whether astrocytes play a key role in generating and regulating slow wave activity. Using optogenetics astrocytes can be targeted to determine possible causality of neuronal synchronization. This potential capability can give insight into the process of memory replay during slow wave sleep. Understanding the interactions between the astrocytic network and the neuronal network can provide support for the development of a replicated artificial bi-network system. Future applications of this device may be used to treat dementia and other memory related disorders.” 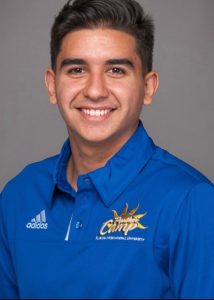 “I am a senior double majoring in Biology and Chemistry. I am on the pre-med track and planto begin medical school in the fall of 2023 with hopes of one day becoming a neurologist. I’m interested in studying the relationship between sleep and Alzheimer’s Disease and its association with Beta-Amyloid burden in the brain. Understanding this relationship may lead to the prevention of Alzheimer’s Disease and give further insight into the mechanism behind it.” 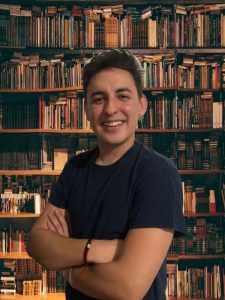 A student majoring in biomedical engineering, member of The Coulter Undergraduate Research Excellence Program (CURE), with a broad interest in understanding and finding a possible solution to problems related to the nervous system such as epilepsy, Alzheimer’s, autism, etc. From the perspective of neuro-engineering applied to research at the Neuronal Mass Dynamics (NMD) laboratory. 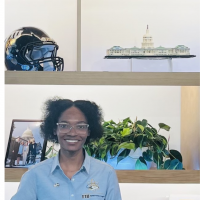 I’m a junior majoring in Biomedical Engineering at F.I.U. I’m on the pre-med track. I’m also one of the recipients of the Ronald E. McNair Post-Baccalaureate Achievement Program at Florida International University. Being a part of this program has helped me focus more on my research journey. I’m interested in artificial intelligence (AI) and how it is involved in healthcare. My goal is to use that knowledge toward developing devices for brain cancer treatment. My journey has started through the Neuronal Mass Dynamics Lab (NMD), directed by Dr. Jorge Riera at FIU.